These ICs have the capability to encode/decode 4 bit of data and 8 bit of address. Using these combinations, we can distinguish the different items uniquely. Each id is made with RF transmitter and ht12E IC. The receiver keeps on receiving the id of different transmitters if the address of receiver and transmitter matches. The 4 bit of unique data is decoded and item is identified from a predefined table made for each message. The corresponding message for each id is displayed on the LCD 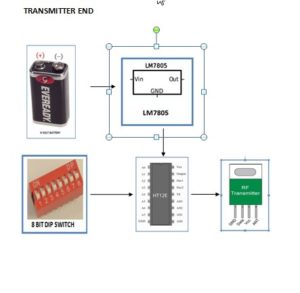 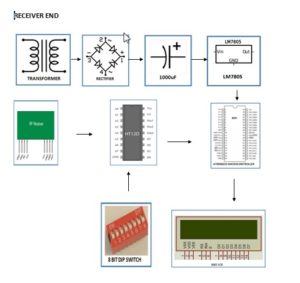